We're Getting Mutants in the MCU - The Loop

Actuators control a 'Mech's limbs and are used to perform Melee attacks at close quarters. All 'Mechs come equipped with stock Actuators, which can be upgraded for improved performance.

The following table lists the attributes a planet needs to have in order for the components to have a chance to spawn in the shop.

Some battlemechs are particularly suited to close quarters/melee combat. Examples include the Firestarter FS9-H, the Banshee BNC-3E, and the Phoenix Hawk PXH-1 models. These mechs have ample space for stacking actuators and (excepting the PXH-1) good variety of support hardpoints. Of these the Firestarter and Phoenix Hawk can benefit from having LEG ACTUATORS. Since the maximum damage reduction for DFA attacks is 60, there is little or no reason to dedicate space in the legs for mechs heavier than 60 tons to mount damage reducing leg actuators which are otherwise better utilized for heatsinks or ammunition. Damage inflicting leg actuators might give a fantastic one-shot capability, but the mech's legs will still be destroyed within 2 to 3 attacks.

Since ARM ACTUATORS can stack, removing all heavier weapons usually leaves room for two or three of these per arm which lets even the light Firestarter with a melee attack that can level many Heavy mechs in one or two strikes. Between the savings in weapons, ammunition, and heatsinks it is possible to up-armor these models to the point that they are quite capable of delivering lethal damage to nearly any battlefield foe. 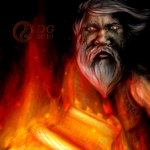